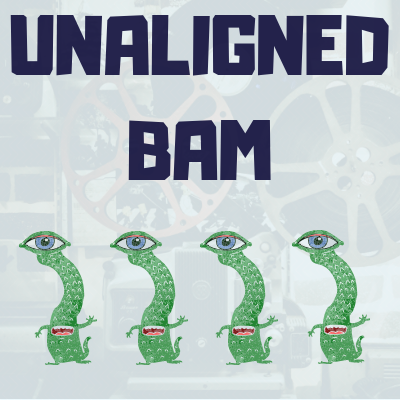 Half-sequence and half mythical-beast, "unaligned" BAM files are used to store FASTQ files.

Half-sequence and half mythical-beast, "unaligned" BAM files are used to store FASTQ files.

SAM/BAM are alignment formats, thus it feels quite anachronistic to use them to store "unaligned" sequences.

On the other hand BAM files have quite a few advantages over FASTQ:

In addition, the BAM format also stores not just the alignments but the entire reads sequences. To take advantage of the previously listed features, some bioinformaticians began storing their original, raw data in a so-called "unaligned" BAM. Thus we have "unaligned" reads in an "alignment format".

This recipe demonstrates code that will: